← more from
Swoon Records
Get fresh music recommendations delivered to your inbox every Friday.
We've updated our Terms of Use. You can review the changes here. 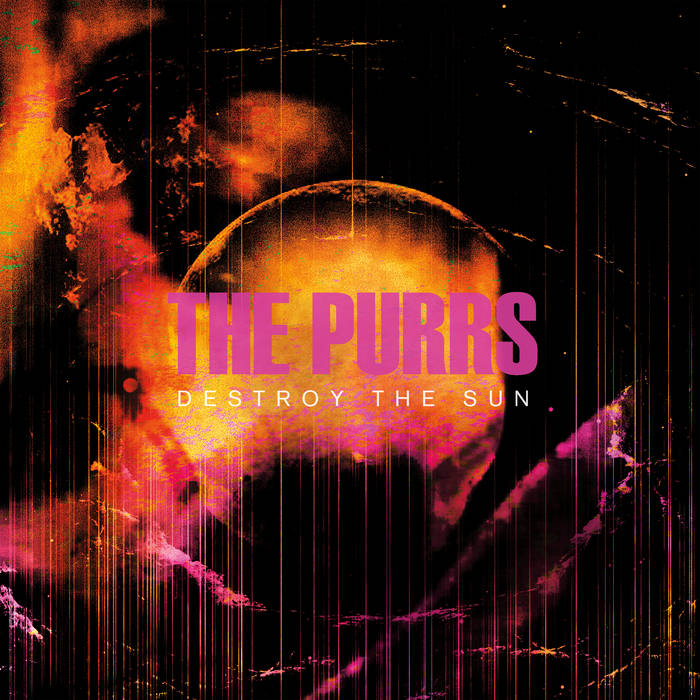 The catchy pessimism of the Purrs’ ‘Destroy the Sun’ will keep you “tranquilized and mesmerized” (KEXP):

You can tell The Purrs are from the Pacific Northwest (Seattle, specifically), because Destroy the Sun opens with a line that references the dislike some of the region’s residents have to warmer temperatures: “Destroy the sun/and my mood gets better.” A sentiment served up alongside a bank of thick, chewy, guitars, topped with some nice alt-rock dissonance and pop harmonies that’ll get your toes tapping, even as you’re reaching to switch on the light to ward off the onset of Seasonal Affective Disorder.

The band’s sixth album is a cascade of sounds. Most notably a twanging surf rock-esque guitar that keeps resurfacing throughout the album’s twists and turns; not in the nimble Dick Dale mode, but taking a more melancholy, even mournful, tack. (In other words, you won’t be frugging to it.) Not that things are depressing, by any means — despite the presence of lyrics like the cynical “Don’t play by the rules/you’ll just get burned” in the bluesy “Here For So Long.” It’s better classified as “down, but not out.”

The vocals (male lead, female harmonies) are wry, sardonic, dispassionate (the almost bored recitation of an evening’s violent events in “Late Night Disturbance”), even verging on nihilistic (the bitter “Now You Know”). But there’s no callous hostility, and if there’s an oh well, whatever, never mind resignation at times, there’s also just enough light to keep you wondering what’s going to pop up next.

“Bitter pop” might be a way to sum it up — and how better to describe a song like “Lifetime of Wrong Turns,” which has the song’s narrator accepting his lack of good fortune with good grace? (And speaking of titles, it’s a nice little tweak to name the album’s ninth song “Track 9.”) Then there’s the frisky “Walking Out the Door,” the brusquely cheerful (cheerfully brusque?) “What Ever Happened to Billy Boy,” and it all wraps up with a beach party.

Yes, you read that right. “Wave Tale” puts you right smack dab in the middle of a gathering on the beach; you hear the waves rolling in, a crackling fire, and snippets of indistinct conversation, until the music kicks in at around the five-and-a-half-minute mark. Then it’s a long, slow burn for another seven minutes. Dig it.